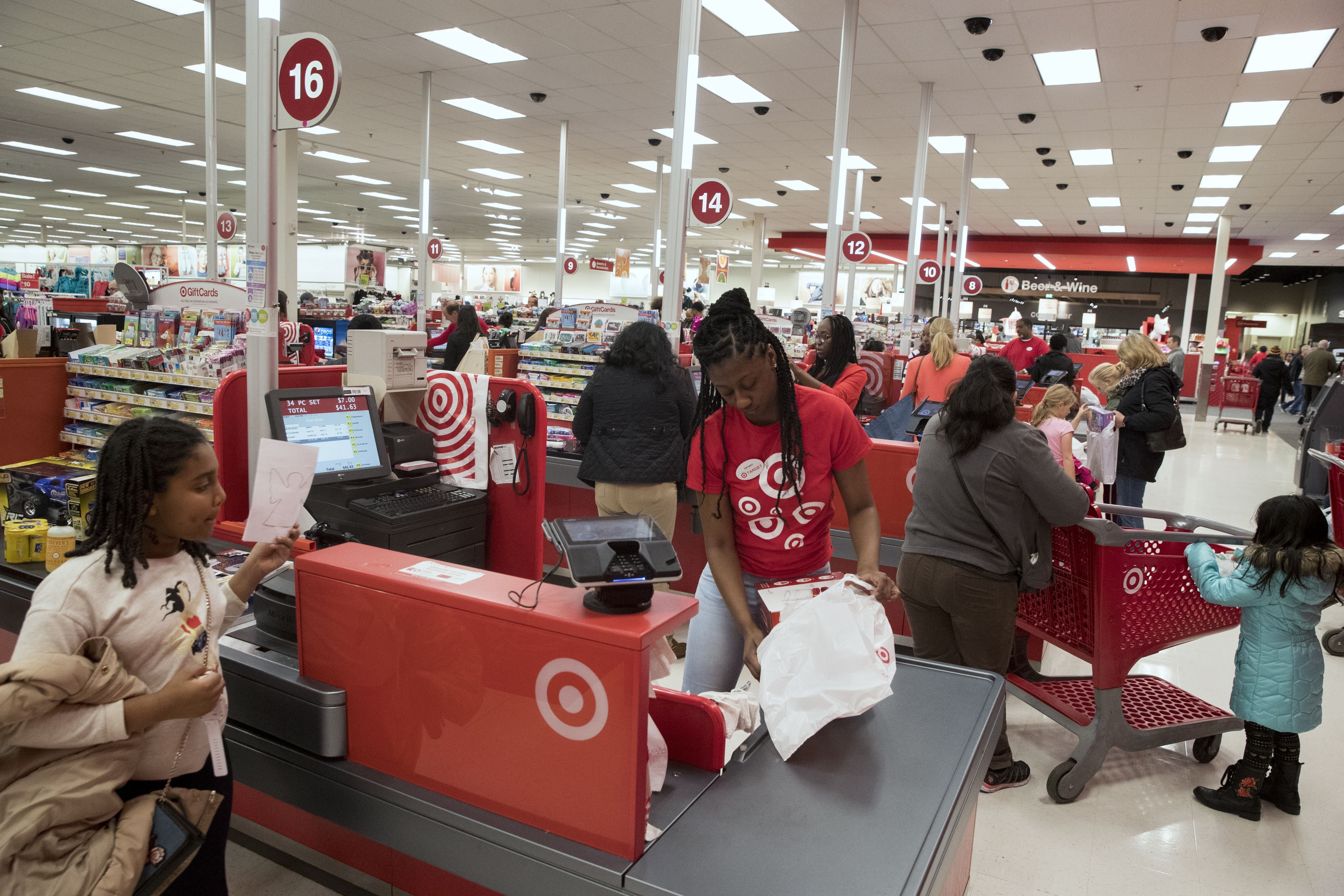 “It’s an impressive start to the holiday season and probably the best in the last few years,” said Jack Kleinhenz, chief economist at the National Retail Federation, a group that represents retail stores. “When you put the pieces together, job and wage gains, modest inflation, healthy balance sheet and elevated consumer confidence…there’s an improved willingness to spend.”

Altogether, sales at online retailers, brick-and-mortar stores and restaurants rose 0.8% in November from the prior month, well above the 0.3% increase economists surveyed by The Wall Street Journal had expected. That was up 5.8% from a year earlier, the largest yearly November increase since 2011. Despite their woes from online competition, general merchandisers such as department stores fared well, registering a 3.6% sales increase from a year earlier, the best November performance since 2010.

“Overall these data are much stronger than expected,” said Ian Shepherdson, an economist at Pantheon Macroeconomics, in a note to clients. “People have the inclination and the wherewithal to continue spending at a robust pace.”

Taken altogether, the data suggest the U.S. is on track for robust growth in the fourth quarter. Macroeconomic Advisers, a forecasting firm, estimated the economy is growing at a 2.8% annual pace in the October-to-December period, up from a 2.6% forecast before the retail-data release. The Federal Reserve Bank of Atlanta estimated a 3.3% growth rate.

One caveat: Spending is so strong it is outpacing income gains, meaning Americans are saving at a slower rate, which could lead to a spending slowdown later or the threat of rising debt levels.

Spending comparisons to last year were boosted by a weak holiday season in 2016 for retailers, which were plagued by high inventories and a slowdown in purchases by international tourists amid a rising dollar.

This year, some brick-and-mortar stores appear to be better managing their inventory. In their most recent quarter, both Macy’ s Inc. andKohl’s Corp. said their stores had less excess merchandise to clear out at steeply reduced prices. “We don’t have the albatross of a lot of extra inventory like we did last year,” Macy’s Chief Executive Jeff Gennette said in an interview on Black Friday. That, in turn, resulted in less discounting, Mr. Gennette said.

Mr. Kleinhenz said increasingly sophisticated website and app advertising is helping brick-and-mortar retailers too. “It’s a combined strategy that retailers have developed that integrates the use of the internet with the brick-and-mortar shopping approach,” he said.

A Brief History of Retail

The retail industry is undergoing another major shift — to e-commerce. How did we get here?

Better-than-expected quarterly results were reported by some mall stalwarts that have been battered, including Macy’s Inc. and Gap Inc. “There is a consolidation taking place” in the apparel market, Gap CEO Art Peck told analysts on Nov. 16. “Almost regardless of consumer sentiment, we’ve got an opportunity to drive growth and gain market share,” Mr. Peck said, as the company closes stores, remodels others and speeds up its product pipeline.

The closure of thousands of stores this year could be giving those left standing a boost.

“On an overall basis, a portion of our improvement in our sales trend is attributable to our targeted efforts to capture share from competitive store closures in some of our trade areas, and we expect this will continue, if not accelerate, through the holiday season,” Kohl’s CEO Kevin Mansell told analysts in November.

“We have had a lot of foot traffic, and I think there’s a lot of confidence in our consumers lately,” Mr. Benck said.

The National Retail Federation expects consumers nationwide to spend about 4% more during the holiday shopping season than they had in 2016. That would make 2017 the strongest holiday season since 2014. Mr. Kleinhenz said the U.S. appears to be on track to meet that goal.

—Sarah Nassauer contributed to this article.

Write to Sharon Nunn at sharon.nunn@wsj.com

Photo credit: Customers checking out at a Target store in Alexandria, Va., in November. PHOTO:REYNOLD/EPA/SHUTTERSTOCK