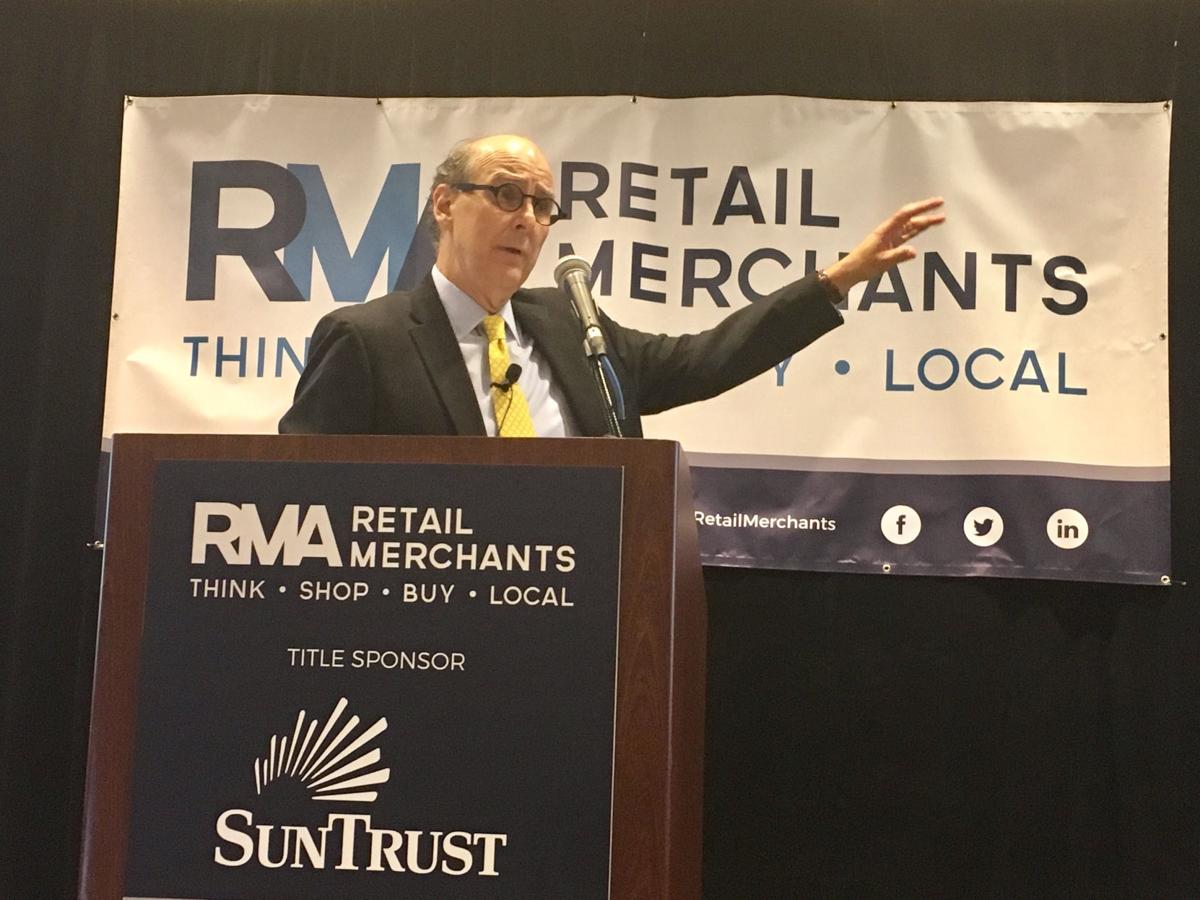 GREGORY J. GILLIGAN/TIMES-DISPATCH
Predictions of the demise of bricks-and-mortar retail because of online shopping are premature, an economist told Richmond-area merchants Friday as part of a mostly optimistic economic outlook report.

“E-commerce is changing our lives, there is no doubt about it. It is going to gain,” he said. “I think that retailers who can adjust and incorporate e-commerce into various channels are going to be successful.”

Despite some high-profile retail store closings nationwide that have grabbed attention this year and raised questions about the impact of online shopping, retail store openings still have outpaced closings, Kleinhenz said.

He cited a report by IHL Group, touted on the National Retail Federation’s website, indicating there will be a net increase in retail store openings of more than 4,000 in 2017. In June alone, he said, there were 620,000 job openings in the retail industry.

“I am trying to suggest to you that the retail industry is a lot more healthy than it is made out to be,” he said.

He declined to give a prediction for this year’s holiday retail sales, saying more data need to be collected before a forecast is done.

An informal, text-message poll about holiday sales expectations was conducted among the roughly 160 attendees at the event held at the Westin Richmond hotel. Of those who responded, 68 percent said they think sales will be up.

“I think the economy has been doing OK — it is a solid outlook,” Kleinhenz said. “We are getting very close to full employment, so we won’t see a lot of job growth.”

Potential negatives include uncertainty about federal government policies affecting business, and lackluster wage growth since the recession ended. “Wages have not moved up as fast as what we would have thought during an expansion,” he said.