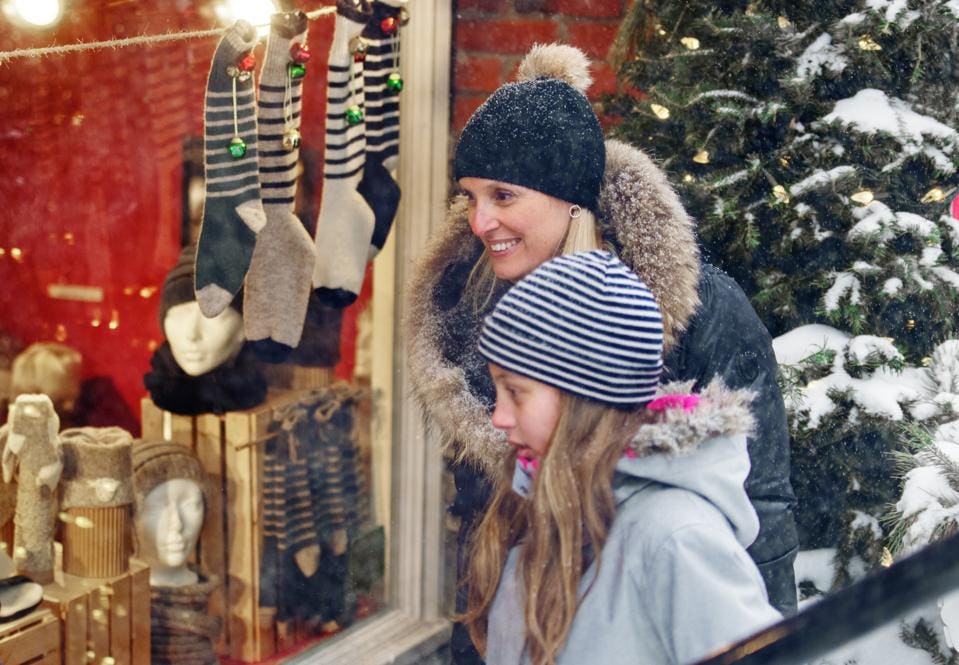 A lot of people will shop for the holidays! And they’ll buy online! And they will look at their phones a lot, too!

It’s that time of year again, folks, when we retail reporter types can sometimes spew breathless pronouncements on the sometimes not-so-revelatory predictions pundits make on the make-or-break holiday selling season, when merchants generate a disproportionate chunk of their annual sales.

Here’s some predictions worth noting. Let the games begin.

Feeling Financially Flush, Consumers Will Spend More Than They Have In Five Years

The National Retail Federation expects holiday retail sales in November and December — excluding automobiles, gasoline and restaurants — to rise between 4.3% and 4.8% over 2017, for a total of  $720.89 billion. The forecast compares with an average annual increase of 3.9% over the past five years.

“The combination of increased job creation, improved wages, tamed inflation and an increase in [consumers’] net worth all provide the capacity and the confidence to spend,” the NRF’s chief economist Jack Kleinhenz said, in a statement.

Online retail will be the most popular shopping destination, with 60% of consumers planning e-commerce gifting this holiday season, according to a Deloitte survey.

An estimated 57% of holiday dollars will be spent online, eclipsing in-store purchasing, which is forecasted to account for 36% of consumer spending.

Of the nearly 50% of consumers who plan to use their smartphones to shop this holiday, 67% plan to use mobile to make a purchase, up from 57% last year.

Mass merchants are the second most popular venue for holiday shoppers (52%, up from 44% in 2017). Traditional department stores and off-price retailers round out the top-four shopping destinations.

Over the last five years, U.S. consumers have diverted more of their holiday budgets to experiences such as home entertaining and socializing away from home, which now represent 40%, or $611, of  survey respondents’ planned holiday budgets, the Deloitte study found.

While physical gift purchases, from clothes to household appliances, still dominate holiday purchases, they’re down trending. The number of shoppers who plan to buy a product has dropped 11% from 2017, according to Accenture. By contrast, shoppers planning to buy an experience or service-geared gift, from a meal out and a concert ticket to a cleaning service, rose 5%.

Millennials Will Be The Biggest Spenders, Practicing Conscious Consumption

An estimated 49% of younger Millennials plan to spend more this holiday than in 2017, while only 13% of their Baby Boomer counterparts expect to spend more than they did a year.

And Generation Y’s shopping venues will reflect their belief system. For example, 54% of younger Millennials said retailers have a duty to address broader social and political issues, such as diversity, be it gender, ethnic or disability inclusion, and they will reward merchants that do just that: 51% of younger Millennials surveyed are more likely to shop at a retailer that demonstrates awareness of these issues, the Accenture study found. “Our research suggests that younger Millennials are more likely to choose one brand over another if that brand demonstrates inclusion and diversity in terms of its promotions and offers, their in-store experience, their product range, and their environmental awareness,” said Jill Standish, senior managing director and head of Accenture’s retail practice, in a statement.

I’ve been a business journalist specializing in the retail industry for over a decade, covering consumer news, company profiles and industry analysis pieces, as well as the intersection of business news and shopping, fashion and social trends.

I was the retail and con…